Xlibris author Sukh D.H. Khokhar pays tribute to her Indian roots through her illustrated ebook Mystery of the Rose: The Return of the Prince published through Xlibris this year. The Xlibris Blog features the author and her work, another addition to Xlibris’ promising talents on the rise.

Depicting India’s historical saga under the British rule in the 19th century, the novel narrates the adventures of a British family with the daughter Pearly Ruby Princessa against the backdrop of Indian independence movement and the fall of the British raj.

About the Xlibris author

Sukh D. H. Khokhar is a Canadian author/lyricist/graphic artist/educator and a free-lance writer, who pioneered the race relations movement in northern Manitoba and promoted it to national level. She raised awareness of minority issues and human rights by delivering successful interactive workshops to schools, businesses and community groups and coordinating multicultural radio programs for 24 years into the millennium.

Born, raised and educated in India, she immigrated to Canada in 1976 and became a Canadian citizen in 1982.

She is an author/compiler of a series of multicultural education resource books and a recipient of Governor General’s Commemorative Medal. She also wrote the Xlibris novel, an illustrated mystical adventure Dark Mystery: I’m a Demon. I’m a Ghost—Journey through darkness into light.

‘The Mystery of the Rose: The Return of the Prince’ nominated for the Crossword Book Award 2013

The Mystery of the Rose: The Return of the Prince has a paperback edition, published by the LeadStart Publishing, Mumbai in 2012. The novel has been long-listed for the Crossword Book award 2013—one of the most prestigious literary awards in India.  The illustrated ebook version was released by Xlibris in July 2013, with fifteen (15) exquisite paintings in full color.

The novel is a mystical adventure of a British family under the spell of India from 1880-1945. The author invites you to witness the  struggle and joy of  the rebirth of  a nation (India) in an unforgettable love story of Pearly Ruby Princessa, spun around the spectacular  background of the Coronation of King Edward VII, his famous State Durbar (in 1902), and the reign of maharajas, nawabs and aristocrats in the Indian princely states.

It is a tale of two nations entering an era of new beginnings, coinciding with the magical love story of Pearly Ruby Princessa. Her love story runs parallel to the story of India under the British rule at the turn of the 19th century, the rise of the Indian independence movement and the events leading up to the Fall of the British Raj. The story is woven with breath-taking verses, amazing riddles and exquisite paintings released by the author on her website: www.mysteryoftherose.com

Read more about Xlibris author Sukh D.H. Khokhar on the second installment of her blog. 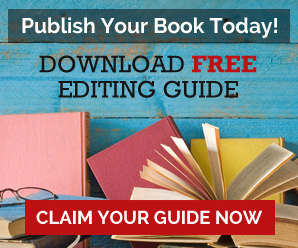